As the COVID-19 crisis continues to impact our lives, airports are considering new bag sanitizing technologies to help reduce the spread of harmful contagions. One promising disinfection solution is exposing surfaces at risk of human contact to concentrated doses of ultraviolet C (UVC) light. In baggage handling systems, this would take the form of an in-line baggage tunnel that doses baggage with UVC radiation as it transitions through the baggage system either from check-in counter to make-up area or from arrival belt to claim carousel. Since the sanitation status of checked baggage is unknown when presented by the passenger, any contagion that might reside on the bag could transfer to personnel handling it; such as check-in agents, TSA employees, baggage system maintenance personnel and baggage handlers. These individuals may then contaminate other bags and surfaces in the airport, propagating the contagion. Similarly, bags arriving from other airports could also have surface contaminants. The implementation of UVC exposure tunnels in the baggage system could mitigate this risk, helping to keep both airport personnel and passengers safer.

On the electromagnetic spectrum, ultraviolet light is adjacent to the violet end of the visible light span. Standard UVC light occupies the band of light between 200 and 280 nm, the shortest wavelength of ultraviolet light that can propagate through the atmosphere. It has been found that the range between 253.7 and 265 nm is extremely effective at killing harmful germs and inactivating dangerous virus strains. The energetic nature of UVC light causes it to damage living tissue and degrade certain plastics. UVC light is emitted from the sun along with ultraviolet A and B. However, UVC is entirely absorbed in the stratosphere and never makes it to the surface of the earth. 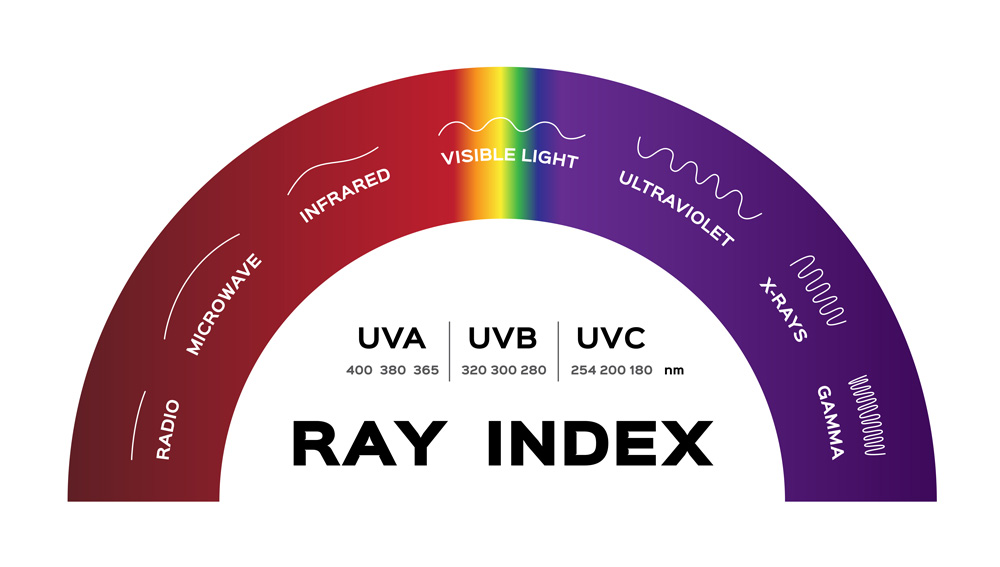 Figure 1: The ultraviolet light band on the electromagnetic spectrum.

All light follows the Inverse Square Law as it radiates outward from a point source, which states that the perceived intensity at any point is inversely proportional to the square of its distance from the source of light. To simplify, doubling the distance from a light source will cause a quarter of the intensity to be received. What this means is that the closer we can get a bag to the UV source, the lower the doses that needs to be emitted to provided effective cleaning of baggage.

The aggressive nature of UVC light may cause some to wonder whether a concentrated dose could cause significant harm not only to dangerous contaminates but also to the bag itself. Recent studies on the effect of UVC doses on the structural integrity of N95 respirator masks imply that the answer is “No”. The Emergency Care Research Institute has consolidated many of these studies and they indicate that the dose necessary to provide a 99.9% surface disinfection is much lower than doses that could cause meaningful damage to these masks. As for the contents of each bag, passengers need not worry since UVC light has very low permeation capabilities and there is virtually no chance of damage to any UV-sensitive items in the bag.

The safety risks of UVC should be recognized and protected against. UVC light can cause damage to both the eyes and skin, leading to a host of health issues from burns to cornea injury. Along with the proper application of shielding and draft curtains recommended by BNP, emergency stop procedures have been developed to prevent accidental UVC exposure to living tissue. Additionally, in more potentially high-risk areas, upstream sensors can be installed to automatically halt system operation when living things are detected.

BNP has been pursuing several concepts where sanitizing equipment such as UVC tunnel equipment can be placed within existing and new baggage handling systems. One such concept is shown below where UV tunnels are placed just upstream of the EDS machines. In this application, we use the space between the diverter and the screening machine for both queuing and sanitizing the bag. 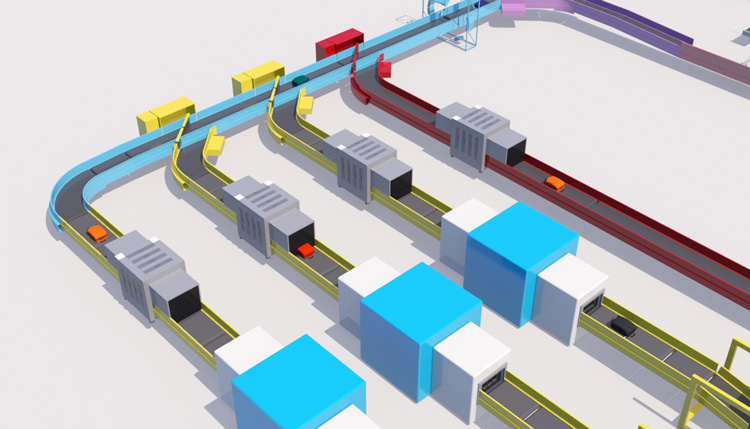 BNP is a leader in bringing new technologies to airport baggage handling systems. We are committed to developing solutions that improve the safety, security, and efficiency of baggage operations.